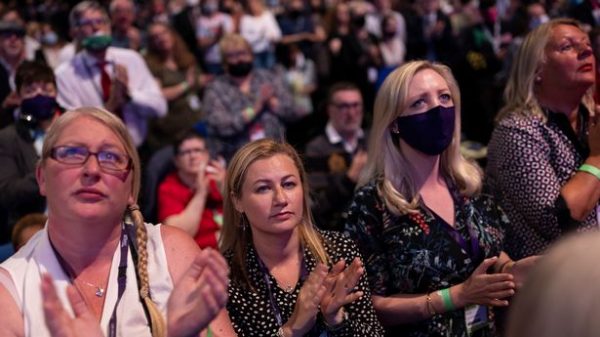 Written by Lee Booker, a Green Party member and Health and Safety Rep for the Union of Shop, Distributive and Allied Workers (Usdaw). The Green Party Trade Union Group publishes an array of different views and perspectives on both Green Party and labour movement topics, which represent the view of the writer and not necessarily GPTU. If you want to write for our blog, please contact us today.

The most recent Labour Party conference saw 80% of its Constituency Labour Party delegates vote in support of adopting Proportional Representation (PR) as a future campaign pledge.  Yet affiliated trade union delegates used their powerful votes to vote in opposition to the majority of CLP delegates and ultimately see off the popular motion.

From a Green Party member’s perspective, and from that of a trade union member, it could not be clearer what we must argue for and where we must organise.

All political parties except the Conservative Party and the Labour Party are committed to campaigning for PR and to replace the undemocratic First-Past-the-Post system (FPTP) that Britain currently operates for parliamentary elections. The Labour Party, historically, was formed by the trade unions as a representative political party for their interests. However, since the Labour Party’s formation in 1900 as the Labour Representation Committee, this historic link has often frayed and on occasions broken down. Today the Labour Party is down by an astonishing 430,000 members since Keir Starmer took over. Not only that, but its links with trade unions are being tested after decades of broken promises, most notably the failure to repeal the restrictive trade union laws during the Blair and Brown era.

Take one of the largest affiliated general unions and Labour’s biggest donor, Unite the union. The Labour Party has faced harsh criticism from its former General Secretary, Len McCluskey, who stated recently that it would be “almost impossible” for Labour to win an outright majority at the next general election. Speaking during her successful leadership campaign to the Green Party Trade Union Group, its newly elected General Secretary Sharon Graham pledged to reorient Unite away from Labour Party internal affairs. While Graham has since taken pains to clarify that a substantial break with Labour is not on the cards, her campaign and conduct since have been characterised by a outward disdain for Westminster politics. Graham seized the opportunity to demonstrate her preference for industrial matters by conspicuously declining to attend the Labour Party’s 2021 Conference – choosing to spend her week on picket lines instead.

In other unions, the breakdown of relations with the Labour Party leadership has been more complete. The party’s recent conference saw the disaffiliation of Bakers, Food and Allied Workers Union (BFAWU) from Labour after months of outspoken disagreement with Keir Starmer’s behaviour. The BFAWU’s General Decretary Sarah Woolley announced the end of a 119-year affiliation between the union and the party writing that “the decision taken by delegates who predominantly live in what’s regarded as Labour red wall seats shows how far the Labour party has travelled away from the aims and hopes of working class organisations like ours“.

Just as members within the Unite voted for a General Secretary who campaigned to put distance between their union and Labour Party obsessions, and BFAWU delegates voted to disaffiliate from The Labour Party, members can also campaign inside their union to adopt a position of supporting Proportional Representation at union conferences.

It is clear now, that without solid campaigning across the country in our trade union branches and workplaces, the adoption of proportional representation will continue to be blocked and a major barrier for The Green Party to break through in Parliament will be upheld. Many unions are still affiliated to the Labour Party, but many also are not. It is of absolute necessity that Green Party members who are members of their trade unions work to push the rank and file of the trade union movement to vote to support of proportional representation.

We cannot ignore the importance of workplace democracy: after all, it is one of the key areas where we meet and work with people who are not Green Party members. It is an area where we must make the case for proportional representation, ecological justice policies and green transitional programs if we are to create a necessary left-wing alliance in this country that could remove the Conservative Party from power.

For Green Party trade unionists, it is important to seek out and join organised left-wing coalition groups inside their trade unions. These groups often consist of members of various left parties, and members of none; from the Labour Party through to to smaller parties, with members of the Green Party being represented in all of them. They include Usdaw Broad Left, in my union, to Unite’s United Left, and many more besides in all different unions.

Through such groups, many candidates are selected democratically to stand for positions in the unions to represent our shared interests; many proposals to union conferences are drafted and submitted by such groups, to be debated in branches across the country.  If Green Party engage heartily in this key area, we will advance the cause of greater democracy and make PR harder to block in the future.