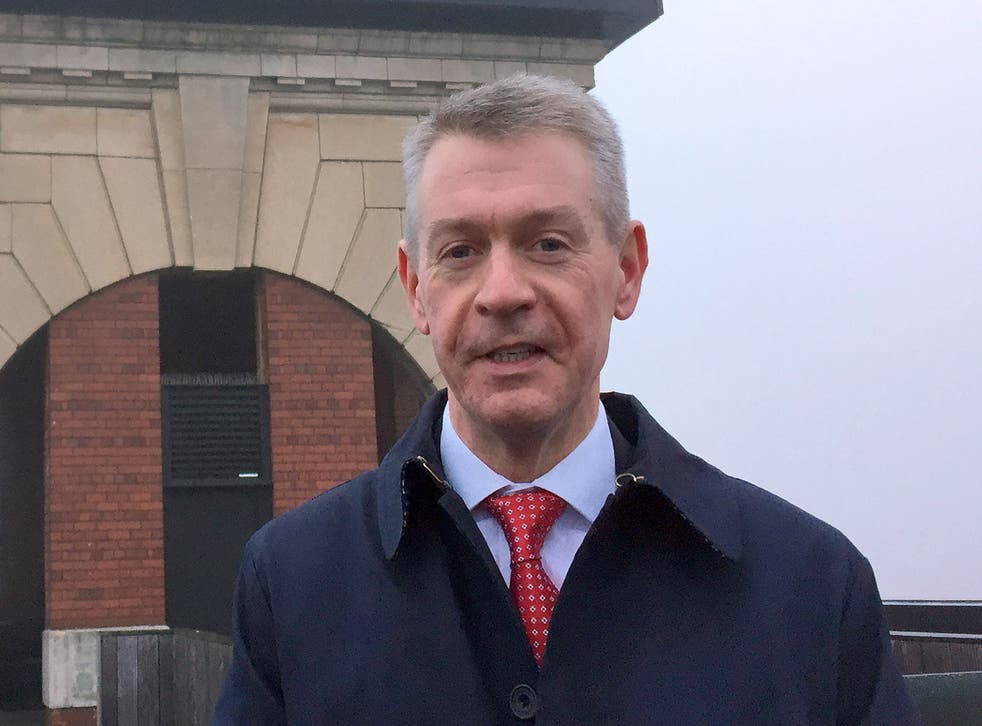 I am standing to be Unite General Secretary because I want to put the focus back on members, and make jobs, pay and conditions Unite’s number one priority.

I joined our Union over 35 years ago. I worked 28 years for Unite, including 16 years as Regional Secretary. I won union recognition agreements, pay deals and disputes for members across every sector.

My trade unionism has always been about making a practical difference to jobs, pay and conditions.  If I am elected General Secretary of Unite, this will be my focus.

Unite has spent years trying to run the Labour Party. But I do not want to be Labour’s back seat driver. If I am elected as the next leader of Unite, I’ll focus on the day job.

My two rivals in this election are full time, senior, serving officers of this Union, Steve Turner, backed by the Communist Party, and Sharon Graham, backed by the Socialist Worker Party. They were at the top of Unite through all the waste and decline, and they never spoke up. I was the one who stood up and challenged Len McCluskey for the leadership in 2017 – and very nearly won. I am the only one who will really change Unite.

We are facing huge challenges across our economy, as a result of Brexit, the pandemic and the need to reduce global carbon emissions. These will drive significant changes in our labour markets and impact workers across the whole economy. There are many issues but in particular we will see:

There is increasing awareness across society of the challenges that meeting our sustainability obligations will require. The UK must show international leadership in how to transition to a zero carbon just society, and the Trade Union movement must play its part. Ensuring a just transition is the challenge of our lives.

The ‘free market’ simply will not achieve a just transition. The need for zero carbon is not being driven by the market, but by the ecological imperatives we face. So, we have to tackle it with a deliberate and pro-active response from government and civil society including Unite the Union.

We have a responsibility to be honest with members working in sectors that will feel the brunt of the transition away from fossil fuels, where jobs will be affected. We have to make sure those people and industries are protected and supported through the transition. I will embrace change, but I will also fight for the individuals to be fairly treated.

I will campaign for the introduction of a Green Skills Dividend to be placed on all production companies seeking to close and relocate – of 9 months full pay per employee coupled with a training surcharge – this would generate significant funds and the time needed to retrain for the green economy. I have pledged to establish a £10m Unite Skills Fund to make sure that we are supporting individuals and their families to develop the skills they need to prosper through the transition to a net zero economy.

I want Unite the Union to grow after years of decline. For that to happen we must make Unite membership more attractive and better value. It’s no good exhorting people to join if they don’t see the value of spending their hard-earned money on subs. We must give them a good, highly responsive service that helps them when they need it.

I want to protect Unite members in tough times. I want them to be better paid and better treated. I want Unite to grow, after years of losing members.  The challenges of growing a union are twofold, we must attract new members, and we must retain the ones we already have.

After many months of listening to our members I know there is real frustration: they don’t believe that they are getting the support they deserve from their union. Many feel unheard and unsupported. They want a new approach.

I’ll start with a 24/7 support service for members and reps, including more training and better legal support. I will recruit more reps to provide better day to day support to our members.

I know that members want to see value for money, which is why I have pledged to freeze member subs for the next two years to give us time to clean up our Union’s finances – and avoiding more hotel-style waste like the ridiculous plans for Unite TV.

I want to encourage more members to be involved to make our Union more inclusive and representative. I will conduct full member-led democracy review, and overhaul of our digital presence and to the way we communicate internally.

We must modernise the way we recruit members and organise in new sectors. Doubling down on an outdated approach to organising and recruiting that has been lagging behind for some time will simply not do enough for our members in the future.

My first priority will be listening and delivering for members. Our role and extraordinary reach across so many sectors should give us a unique understanding of the challenges in the workplace. We have eyes and ears across companies small and large – but we need to do far more to listen and involve our members.

Unite is affiliated to the Labour Party and has an important role in developing the policies of the Party and next Labour Government. I will ensure that Unite members views are represented to all parties and to Governments. Unlike the other candidates in this election, I’m not going to play student politics and threaten the historic link with the Labour Party. That does not help our members one bit. But I will not be the backseat driver of the Labour Party, seeking influence on every aspect of its inner workings.

Unite under my leadership will focus its industrial muscle in leading the charge for the development of fairer working practices and a new corporate culture, one in which all staff are valued and treated with respect.

Where businesses get it right we will recognise this, but where a business doesn’t value their staff, embrace equality and diversity at all levels and invest in developing good industrial relations, we will expose them and hold them to account. I am determined that our political strategy will directly improve the lives of our members.

In summary, I want to change Unite. I want to modernise the organisation and focus it back on its members. Turnout in union elections is usually low – it was just 12% in Unite’s last General Secretary election in 2017. So if you are a member of Unite, the power really is in your hands now. If you want real change in your union, not more of the same, then please cast your vote for me.

One thought on “Gerard Coyne: “I want to protect Unite members in tough times””