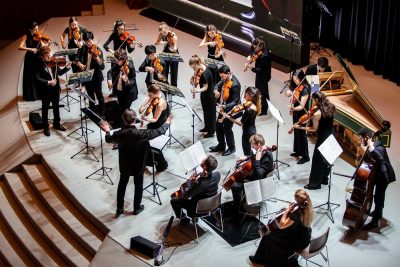 The Musicians’ Union (MU) Conference today backed a Universal Basic Income (UBI), becoming the first TUC-affiliated union to do so.

Delegates from around the UK resoundingly backed the motion, which was endorsed by the MU’s London Region. The motion was written and brought by Sam Murray, a member of the MU London Regional Board and long-time Green Party activist.

After the motion was passed, Murray expressed his pride in his union and congratulated his fellow delegates:

“I am so proud to have written this motion with the support of my London Region colleagues. This is a huge moment in the trade union movement for Universal Basic Income, and I hope other unions follow.”

The Green Party of England & Wales is the largest party to support the introduction of a Universal Basic Income as part of a generously supportive, reformed welfare state and alongside an re-empowered labour movement.

The MU’s own statistics show that 38% of musicians have been unable to access government financial support during the Covid-19 pandemic, while 19% are considering leaving the industry altogether. While supporting a Universal Basic Income in full, the motion notes the existence in France of a system of Intermittence Du Spectacle – a system whereby musicians working a minimum number of hours annually can access support in periods without work – and suggests this as a possible transitional system before a UBI is introduced.