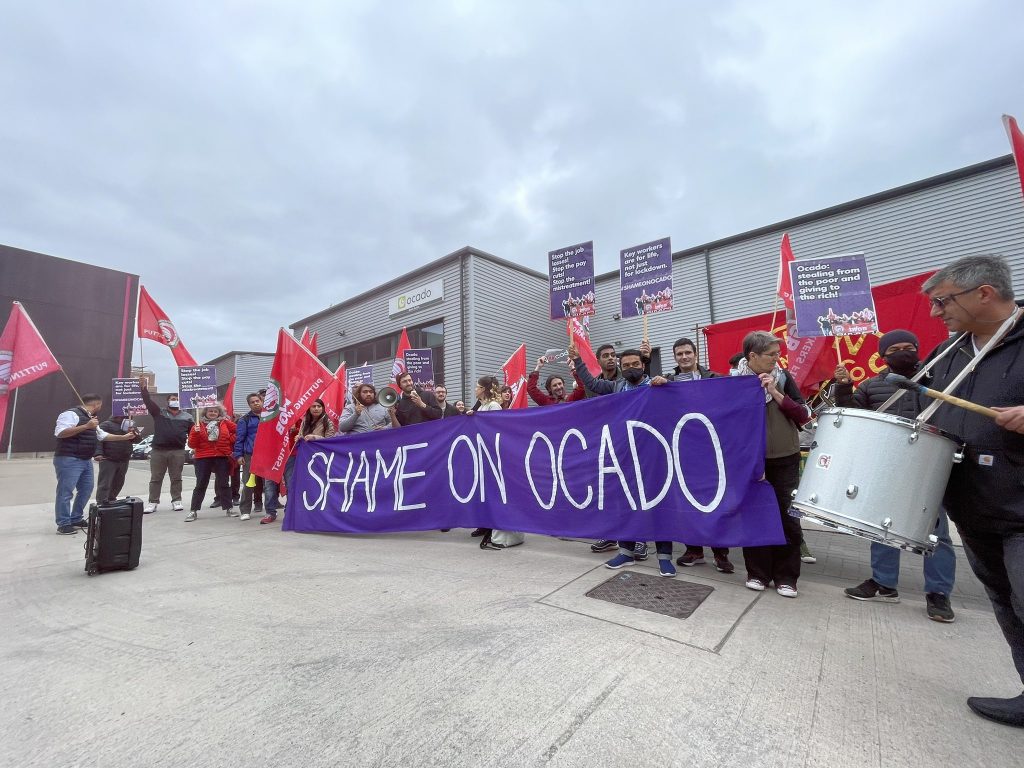 Greens today backed couriers working for Ocado Zoom in their fight against poverty pay, to be brought in-house and for recognition of their status as workers under the law.

Ocado Zoom is Ocado’s rapid delivery service, introduced to compete with other similar services including Gorillas. Ocado is owned by Marks & Spencer, but is a separate entity.

Couriers in Acton, West London have organised with the Independent Workers’ Union (IWGB) in the Couriers & Logistics branch, to demand an end to poverty pay. This comes after an investigation found that some workers were bringing home as little as £50 over a 10-hour shift, working out at less than £5 per hour.

Workers specifically claim that the introduction of an arms-length courier service, Ryde, in June saw their pay plummet.

The IWGB has launched a campaign against Ocado Zoom after the company failed to respond to the union or meet workers’ demands. The union is now demanding that they halt worrying new plans to fire-and-rehire drivers on poorer terms and conditions beginning on October 4th, which could leave drivers saddled with thousands of pounds in debt.

The union called for supporters to join them at a demonstration between 1pm and 3pm at the Ocado Depot on Stirling Road in London (W3 8BJ), on 30th September.

The vibrant demonstration featured Ocado Zoom workers in the IWGB Couriers & Logistics Branch, joined by dozens of members from across the union including cleaners, private hire drivers, charity workers, and others. The demonstration also saw speeches from workers and the NOcado campaign, which seeks to block the development of a new Ocado distribution centre in Tufnell Park, North London.

The group marched around the Ocado Zoom depot chanting ‘Shame on Ocado!’ and voicing their demands.