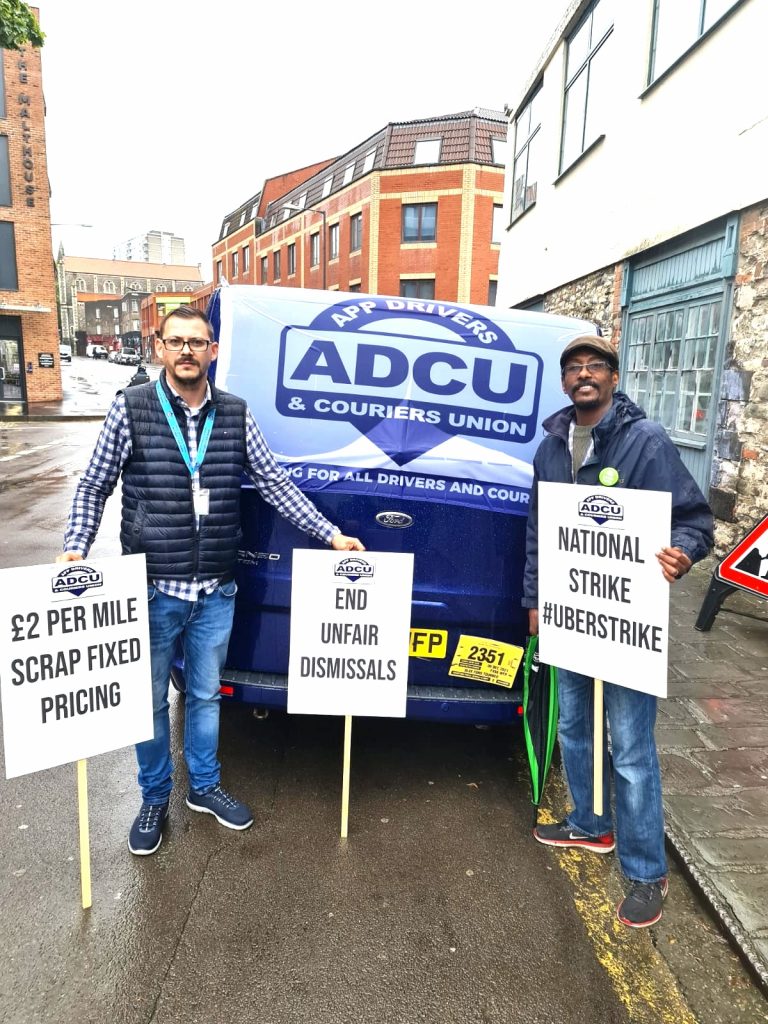 Greens across England got out in support of striking Uber drivers, as the App Drivers’ & Couriers Union (ADCU) took industrial action for better pay and working conditions.

The union is demanding an end to upfront pricing, a minimum charge per mile to ensure earnings are supported, and an end to arbitrary ‘robo-dismissals’ – in which workers are dismissed by the app through an algorithm and without opportunity to appeal the decision.

Crucially, the ADCU is demanding that Uber comply with the February Supreme Court ruling in Aslam vs Uber and pay drivers from ‘log on’ to ‘log off’, something the corporation refuses.