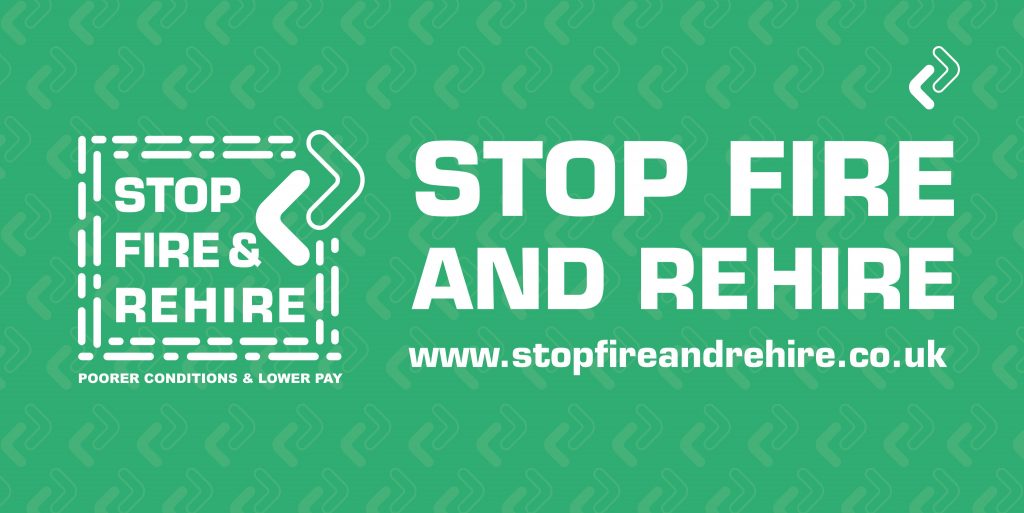 Green Party spokespeople and campaigners, including the Green MP Caroline Lucas, backed the non-partisan campaign to ban the practice of ‘Fire and Rehire’ in the UK.

The Stop Fire And Rehire campaign is a union-led campaign to outlaw the practice, in which workers are fired from their positions before being rehired on new contracts with worse pay and conditions. If workers refuse to accept worse conditions, they lose their job.

While ‘Fire and Rehire’ has been a tactic beloved of bosses for years, it has gone into overdrive during the Covid-19 pandemic. It has been deployed especially against unionised workplaces, aiming to tear up conditions, reduce morale, and break the back of union organisation.

Caroline Lucas supports Barry Gardiner’s private member’s bill to ban ‘Fire and Rehire’, which has drawn support from among all Westminster parliamentary parties. The bill is supported by a coalition of trade unions and local authority administrations.

Describing the practice as “sheer greed” that “needs to stop”, Lucas called on the government to back Gardiner’s proposals.