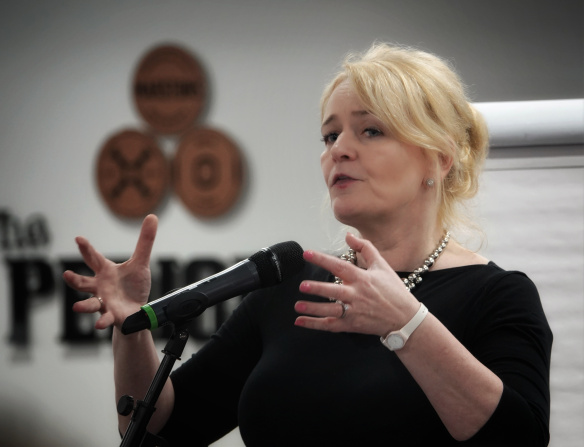 “Sharon Graham’s election as General Secretary of my union, Unite, is a tremendous result for the labour movement. Her firm commitment to putting industrial organising first is much needed amid the twin crises of climate and Covid. Her campaign showed that she understands what our movement needs if it is to recover its power, reverse declining private sector membership, fight for a just transition and take on the goliaths of 21st century industry.”

“Sharon Graham’s election as Unite’s General Secretary – the first woman to hold the office – is fantastic news. This bodes very well for the future of the Union and its members. We look forward to working with her towards ending the UK’s parasitic dependence on jobs in fossil-fuel-related industries, while protecting workers’ pay and conditions and preventing offshoring of jobs and emissions.”

“Graham’s frank and realistic appraisal of the political situation is a breath of fresh air. While Labour remains in opposition, organising for industrial power and bargaining effectively are the keys to success. I also look forward to working with Unite to bring electoral reform to the top of the labour movement’s agenda, to ensure the movement’s priorities can be advanced more effectively on the political stage.”

Reports on Tuesday afternoon suggested a handy victory for Graham’s campaign, and the union confirmed her election in a press release on Wednesday morning. Graham received 46,696 of the 124,147 votes cast – a 37.6% share on a roughly 12% turnout.

Graham began her working life at the age of 16 as a silver service waitress, leading a walkout to improve pay and conditions. Before taking office as General Secretary she headed up Unite’s Organising & Leverage Department.