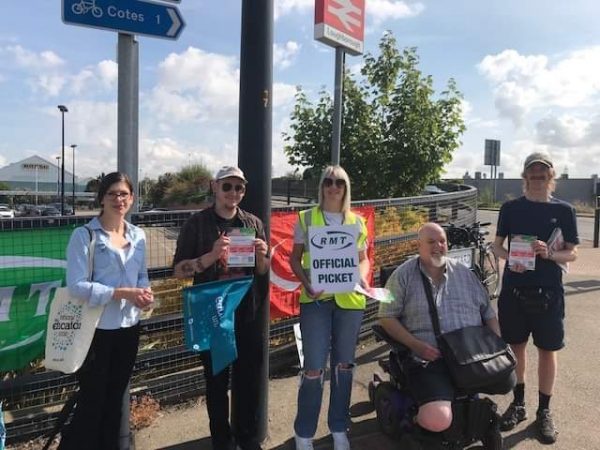 The Green Party Trade Union Group has noted the decision by the Labour Party leadership to sack Sam Tarry MP, their former shadow Transport Minister, following his appearance on an RMT picket line.

The irony of dismissing someone from post for taking part in trade union activity appears to be lost on Keir Starmer. This is behaviour we expect from the worst of bosses, not someone who claims to lead the labour movement.

This episode provides yet more evidence that the Labour Party leadership is incapable of standing up for working people. The cost-of-living emergency is tearing up our collective living standards, and people will suffer and die as a result. Workers and the trade union movement need strong, consistent political leadership that understands the importance of collective action.

Labour’s diet of platitudes and posturing will not address the crisis. Only empowering workers to take on employers and the Government to demand better pay and conditions through their unions will do that.

If Labour will not provide the independent political leadership workers need, the Green Party will.

We urge trade unionists and socialists to join the Green Party and be in a party that understands solidarity and the importance of workplace collective action.