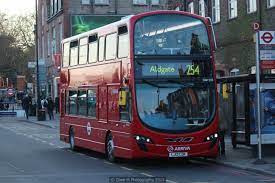 Unite, which represents tens of thousands of bus drivers, has written to its members setting out their legal rights, after the government confirmed that passengers in England will no longer have to wear masks and face coverings when travelling on public transport.

Last week, when it was first announced that the government intended to remove the requirement for passengers on public transport to wear masks and face coverings, Unite described it as an act of “gross negligence”.

Despite lobbying from the government and a YouGov poll showing that 71 per cent of the public support continuing the requirement to wear masks on public transport, the government has confirmed that the rule requiring the wearing of masks will end next week from Monday 19 July.

As a consequence Unite has written to its bus driver members reminding them that under section 44 and section 100 of the Employment Rights Act, workers have a right to remove themselves from the workplace if they believe that by continuing to work their health is being placed in serious and imminent danger.

Unite has also instructed workers who feel that they have no option but to take this action to immediately contact their shop steward or regional officer for further advice and support.

“It is deeply regrettable that the government has pigheadedly decided to continue with their ill-conceived decision to end the requirement to wear masks on public transport.

“With the government now saying people are ‘expected and recommended’ to wear masks but no longer having to do so by law, it has created confusion and it is guilty of dangerous mixed messaging.

“As a consequence Unite has a duty to ensure our members are fully aware of their rights and don’t knowingly risk their health and safety at work.

“Bus drivers have been in the frontline since the pandemic began and have played a key role in keeping communities functioning. They deserve to be treated better than this by the government.

“If workers do feel that they cannot work safely, this will inevitably cause delays and disruptions in services. I hope that the general public appreciates that this is a problem entirely of the government’s making.”

PLEASE LET GPTU OF ANY SIMILAR ISSUES IN YOUR WORKPLACE