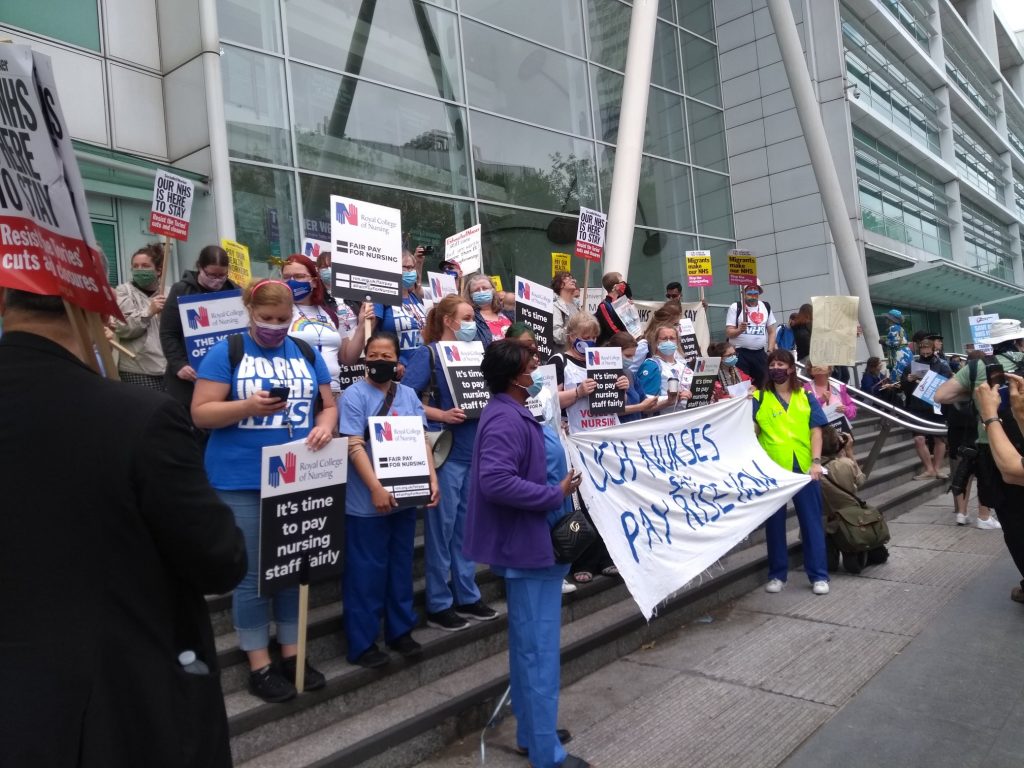 “NHS staff are on their knees – exhausted, fatigued and anxious – as we look set to enter another wave of the covid pandemic. Staff morale is rock bottom.

“This was the opportunity for Government to turn their clapping in to genuine recognition. Their response is paltry. They have failed spectacularly. NHS workers know their worth and so do the public – shame on the government who don’t.”

Writing to Green Party members the day after the announcement, oncology nurse and founder of grassroots campaign NHS Workers Say NO! said:

“We have been denied proper PPE, overworked, and literally required to put our lives on the line just to do our jobs. This is something that no-one should have to do at work.

“I am so proud of the lifesaving work that over one million NHS staff have done during the pandemic. But at the same time, I am furious at what this government has done to all of us.

“And after all this, the government announced it would be offering NHS workers just 3% as a pay rise this year. After 18 months of the Covid pandemic, I believe that NHS workers deserve a real pay rise.”

Agenda for Change is the main national pay scale for NHS workers. It covers over one million staff, including nurses and occupational therapists. It does not cover doctors, senior managers or those employed by arms-length bodies like General Practices and private contractors.

According to the King’s Fund, there were the equivalent of 84,000 full-time posts unfilled in the NHS in England in 2020, leading unions including the Royal College of Nursing (RCN) to warn of a structural crisis of staffing in the NHS caused by persistent low pay.

Unions including the GMB, RCN, UNISON and Unite the Union are consulting members on their response to the pay offer.